Hermeticism / Hermetics, in my opinion actually encompasses many subjects. At its root however, I'd think most would agree are the 7 Hermetic Principles.

When I first read about these ("The Kybalion" might be a good read if you haven't already) I was amazed at how incredibly logical they were. They simply aren't up for debate from my perspective. There is nothing to "believe" about them even... To boot, learning about them helped me tie together some lose threads that were separating religions and science, and has enabled me to gain a higher sense of unity in general.

It's my opinion that these ancient principles have simply be re-packed over and over again in different formats.

I have a playlist of videos started on the subject (more to come) here, but below I'll provide basic definitions & more/other insights/information as well. 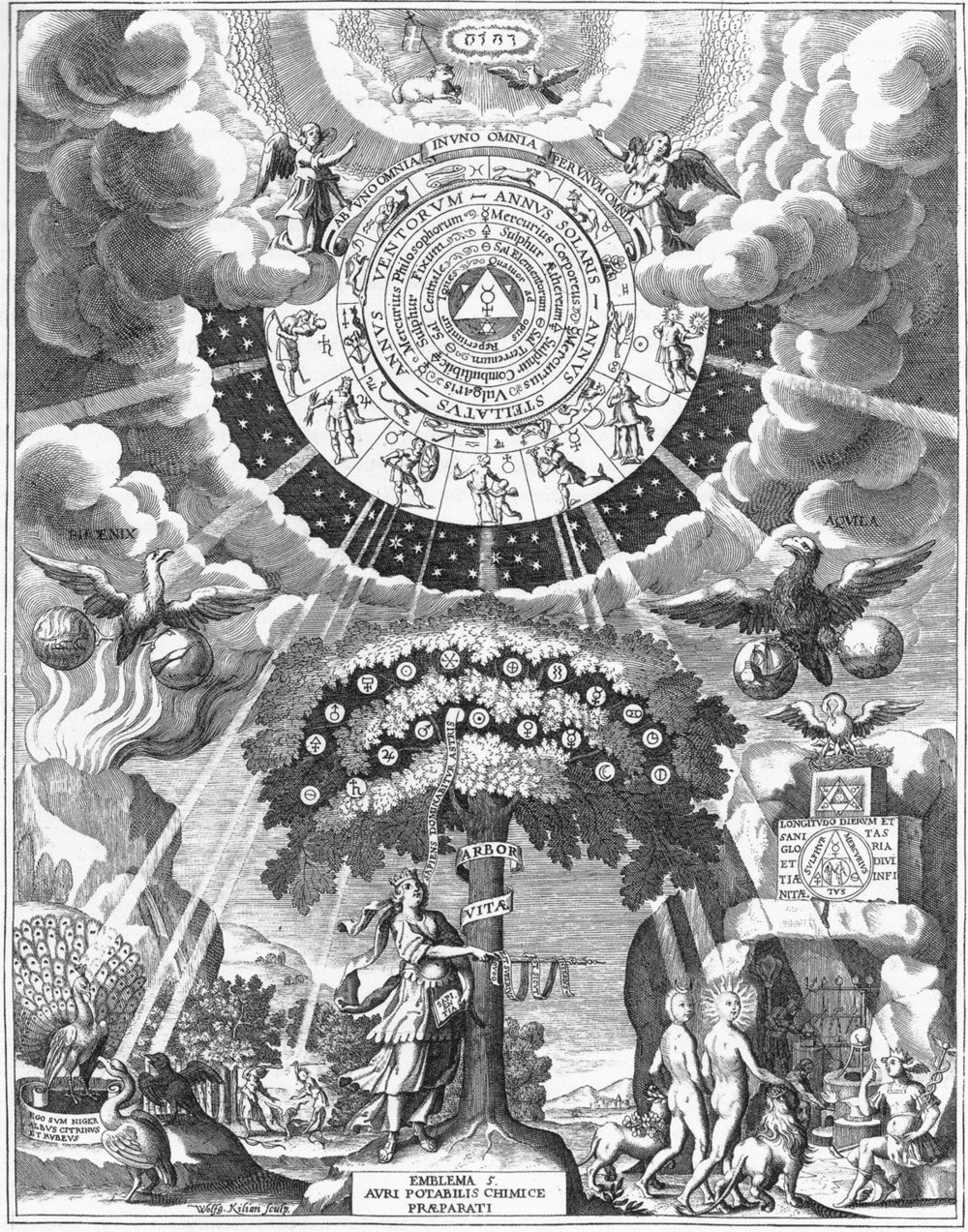 Commonly defined as simply "All is Mind. The Universe is Mental."

I think when I first read that however, at a young age, I discarded it as invalid unfortunately and didn't actually really start to look into it until years later. If you're in those shoes currently, perhaps consider yourself as mentally connected to everything, including that which is divine. There are patterns in nature that we can discover and realize this connection better, and it ties right in with science in the universe being fractal. It's via the Aether/Mind/God that all things are created. All is first created in mind, though also follows natural law.

Commonly defined with the old adage "As above, so below."

This reminds me of "On Earth as it is in Heaven."

"A" corresponds to 1. The heart chakra corresponds to Tipareth. Roses to love. The color blue to sadness, but also to coldness. No? Saturn with contraction. Jupiter with expansion. Or is the other way around? 🙂

It's my opinion that The Mind / the collective, has perhaps granted more power to certain energies/correspondences while we make up our own/add to the collection.

I'd love to hear any thoughts/corrections/additions on this!

common def: Nothing is stationary. Everything vibrates, giving off light or sound.

I'd just add that our coffee tables are most definitely moving. So are we, even when we're just lying on the couch in front of it. With vibration, we can study waveforms which have different shapes such as sine, saw, square, tri, random (note that I'm including digitized forms). Frequency (measured in Hz) is important. We could also study amplitude, phase (cycles per sec), Ohm's law and more. The importance in my opinion with frequency is that the higher the frequency, the more times the vibe hits the middle/median line, which could be the perfect balance? Thoughts?

common def: "Everything is Dual; everything has poles; everything has its pair of opposites; like and unlike are the same; opposites are identical in nature, but different in degree; extremes meet; all truths are but half truths; all paradoxes may be reconciled." --The Kybalion

The more we can de-polarize ourselves, the better... People, TV shows, news, facebook, me, anything can put a charge on you, shift you to one extreme (in thought) in order to have you act a certain way & believe things that aren't always true...

This is your pendulum while swinging. It's the gradient/range between the two poles. (See polarity above)

common def: Everything happens according to Law (natural, God's, not man's...) of which nothing escapes.

We could study the different planes and realize that the 5th element (Spirit) is this law, but we too are connected. This filters down via the mental, to the physical. The physical is not the cause, rather only the effect. I've heard some mention trying to create in the physical (vs the mental/spiritual) is to simply bounce things around randomly.

common def: Everything has both masculine and feminine components.

We could say that some things are more feminine, or more masculine, or that they are balanced. Both exist on all planes.